“Solidarity is beyond fraternity; fraternity is a mere human notion, while solidarity is a universal one.”, Victor Hugo, Philosophic Prose 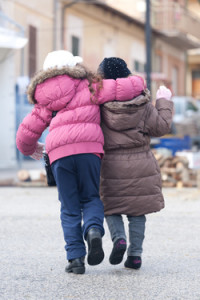 Has been founded in April, 2001, by Daniel PICHOT; it was registered at the Paris Prefecture on May 16, 2001 (journal officiel issue of June 16, 2001). The association is a non-profit, philanthropic and humanitarian organisation.

Click here to discover the article”Bulgaria in my life: Daniel Pichot”, written by Bulgarian National Radio in October 2013.

19 years at the service of French-Bulgarian solidarity

The SFB association offers opportunities to actively show solidarity, both from French people to Bulgarian people and from Bulgarian to French people.   Solidarity is put into action in the form of immediate assistance operations, and cooperation projects.

The economic situation justifies the need for solidarity

The current economic state of Bulgaria still means tremendous difficulties for a large part of the population, justifying the need for charity operations.
During several years, SFB has organised donations to organisations, which distributed them to those who need them most (clothes, blankets, computers, school books, medical equipment). Today, SFB has decided to change its intervention modes, and to use funds to buy equipment on site, and to finance local initiatives, while supervising their realisation.